What You Missed Last Month in Google

Welcome one, welcome all to the dawn of December — and to another recap of the month’s top Google news items.

What You Missed Last Month in Google

1. The Dawn of Duplex

In May, at Google’s annual I/O developer conference, the company unveiled Duplex: new artificial intelligence (AI)-driven technology that allows Google Assistant to make strikingly human-like calls to make appointments and reservations. After testing the feature in a handful of cities last month — and quietly allowing businesses listed on Local Search to opt out of receiving Duplex calls — it has rolled out to “’small group’ of Google Pixel phone owners,” according to VentureBeat. 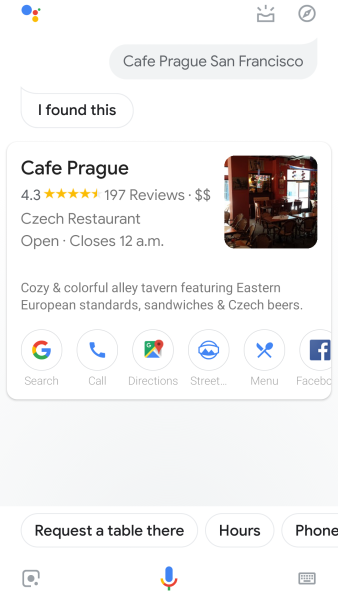 The rollout is a bit limited in scope, however, and is right now restricted to making restaurant reservations. As per the image above, those who have access to Duplex will see the “Request a table there” option. Read full story >>

After discovering that its most recent round of protections against abusive ads weren’t as effective as hoped, Google says the newest edition of its browser — Chrome 71 — will more strictly penalize sites with repeated instances of showing these ads.

The questionable ads in this particular move are those that pose as system warnings — or those with misleading visuals like “close” buttons that do not actually close the ad, but rather redirect the user to another (usually harmful) site.

Sites that are reported to have these ads will be given 30 days to remove them. Meanwhile, beginning in December, Google says the Chrome 71 browser will remove all ads appearing on sites that are already known to have repeated instances of abusive ad displays. Read full story >>

In a year full of tech-centric appearances before U.S. lawmakers, Google CEO Sundar Pichai is the latest industry executive to commit to testifying before Congress. On December 5th, Pichai is scheduled for a House Judiciary Committee hearing, titled “Transparency & Accountability: Examining Google and its Data Collection, Use and Filtering Practices.” 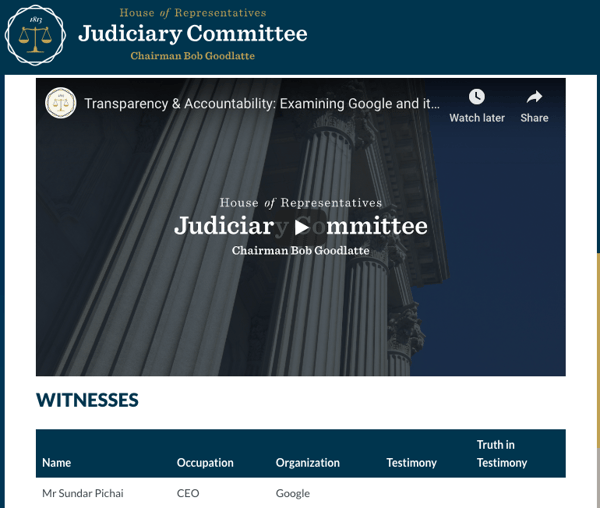 At the hearing, Pichai is expected to face questions on topics ranging from so-called filtering practices, to data protection, to Dragonfly: a codename for the company’s controversial and secretive plans for a censored search engine in China.

The day after the hearing, Pichai is slated to participate in a White House roundtable with other executives from the tech industry. Read full story >>

In preparation for next spring’s European Union elections, Google says it will enforce stricter registration requirements for anyone wishing to run political ads on its network.

Beginning in January, any advertisers who want to run a political ad will have to first complete an application — which requires such documentation as official party registration or a European ID — and become verified by Google.

To boost the effectiveness of the new policy, Google says, it will also have “disclaimers” appear on published political ads with information on who paid for them — a move similar to one made by Facebook in response to coordination misinformation campaigns earlier this year. Read full story >>

5. We Tested out the Google Home Hub so You Don’t Have To

As the season of gifting approaches, we had to ask: Where does the Google Home Hub fall on the list? Here’s what happened when we took it for a spin. Read full story >>

6. Why the New Google My Business App Makes for a Pivotal Marketing Moment

Google has built a new place for businesses to build a profile and connect with customers. Here’s why it represents a pivotal moment in marketing. Read full story >>

7. What Does a World With Zero Search Results Looks Like? [New Data]

Google has officially shown us what a world of zero search results might look like — where the search engine will provide a single answer to such queries as, “What time is it in New York?” without displaying any other search results. What’s the impact, and what do users think? Read full story >>

Some speculate that Amazon is gaining on Google’s search traffic, while others say it’s shrinking. We had a look at some data to figure what people are using to search for different types of information. Read full story >>

See you next month. 15 of the Best WordPress Newspaper Themes in 2019